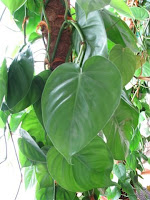 Certain houseplants can filter VOC's out of the air. One is the philodendron plant, which also happens to be very hardy. I have several in my sunroom and trust me when I tell you they are easy to keep. I do not have a green thumb.

The other two are spider plants and ivy, which I think are also very hardy. Read this Real Age article for more information: http://www.realage.com/ct/tips/9053

Posted by Unknown at 8:31 PM No comments:

No Hershey's chocolate syrup in the fridge? Make your own. It's really good and does not contain ANY high-fructose corn syrup.

In a small cup, mix together the cocoa powder and sugar. Add the water and stir well until a syrup is formed. Add more water, if needed.

(I got this idea from an episode of Healthy Appetite with Ellie Krieger on the Food Network.)

Posted by Unknown at 3:16 PM No comments:

As wonderful as coffee makers are, they are quite difficult to keep clean. Coffee leaves and oily residue and it can actually make your brewed coffee not taste as it should.

Here's an article that tells you how to clean the with vinegar.

I tried it this weekend and now my is sparkling clean!

Posted by Unknown at 2:38 PM No comments:

When you bake sweet potatoes in the oven, wash, dry and OIL the skins before placing on your baking sheet. You can use olive oil, vegetable oil, canola oil or even bacon grease (my Great Aunt's method).

You can also wrap your potato in foil, but it creates a different potato. The foil-wrapped potato steams in the foil, while the oil-rubbed potato roasts and caramelizes a little. The oil also makes the potato flesh very moist and the skin is a little softer and makes the potato super easier to peel. But many of the nutrients live in the skin so you may want to eat it the peel rather than tossing!

And remember, sweet potatoes are on the Dirty Dozen list, so you may want to buy organic if you're planning to eat the skin.

Posted by Unknown at 4:09 PM No comments: 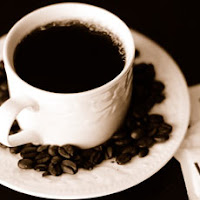 When you hit the afternoon slump, should you take a nap or down some coffee? The answer is BOTH!

First drink your cup of coffee. It takes about 30 minutes for the caffeine to take effect.

Meanwhile, enjoy a 30 minute power nap and you'll wake up, rip, roarin' and ready to go!
Posted by Unknown at 2:53 PM No comments:

A few years ago a Today show segment highlighted 12 foods that the USDA suggested were worth buying organic. This is an msn.com article that describes the issue further.

The twelve items are:

If the item has a peel, but you do not eat the peel, it is likely fine, however.

Posted by Unknown at 5:57 PM No comments:

Bathtime for the Kids 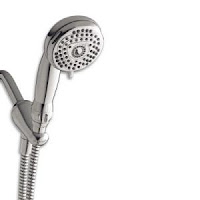 I apologize if this tip is obvious, but I've had a few friends comment that they liked this "idea".

When we're away from home bathing the kids I get frustrated, pouring cup-after-cup-after-cup of water over my children's heads, watching all the soap and dirt run into the very water they are sitting in, leaving them basically un-rinsed when we're done.

At home, we have one of those hand-held shower heads in our bathroom. After the kids have been shampooed or lathered up, I have them stand and I use the shower head to rinse them. Our tub actually has a bar so they hold on and lean back. Even my toddler complies. With our final rinse I allow the dirty/soapy water drain away to never-never-land, and my kids get out, all clean, happy and well-rinsed.
Posted by Unknown at 4:41 PM No comments: 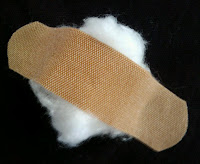 This tip may be most obvious, but since it was the last thing I thought of, thought I'd post.

Yesterday I cut a tiny sliver off of my thumb when I was putting DOWN a pair of scissors. Yes, I know that is next to impossible.

I discovered that particular part of my thumb to be very vascular, so when it bled through the first band-aid, I added a second. Then a third. And a fourth. (I was trying to do laundry for Pete's sake!) When I had to put on the FIFTH band-aid, I did what any self-respecting lady would do - I called my friend.

We came up with several really difficult ideas, finally landing on the most obvious. Place a cotton ball under the band-aid. Just like they do at the doctor's office.

I was back to my mountain of laundry in no time.
Posted by Unknown at 3:37 PM 1 comment:

My little fella has a double ear infection and a pretty nasty sinus infection so they put him on a strong antibiotic. I was encouraged to give him probiotic yogurt with each dosing. In the past I find that I forget to give it to him or he's not hungry for it.

My mom-in-law came up with the best idea. She said to just mix it with his normal morning and evening cups of milk to make a smoothie. So I tried it. Dumped the yogurt in my son's sippy cup, filled it to the top with milk then shake-shake-shake and voila - a smoothie! He gobbled it up. Saved me from needing to spoon feed it to him. I couldn't believe it went through the valve. My mom-in-law is brilliant! Thanks, Mimi!

A friend who works for a SC state agency that deals with children has informed me that it would be acceptable to allow my preschool and elementary age children play in our back yard while I remain in the house, assuming the following conditions are met:

1. The backyard is contained with a gate/fence and children are instructed to remain in gated area
2. I can hear and see my children from the window
3. My children are characterized by acting responsibly
4. I can be outside rapidly if there were to be an emergency
5. I do not live in an area with high crime rates

I found this very freeing because I can prepare dinner or fold laundry while my kids enjoy playtime outdoors...still watching and listening, of course!

This is by no means intended to be a legal statement but a general guide. Please seek the opinion of state government employees in your area if you have questions about this information.
Posted by Unknown at 4:54 PM No comments:

A heating and air expert told my friend that the expensive pleated air filters actually cause your HVAC unit to work harder , thus using more energy and causing it to have to be repaired more often. He suggested she use the "el-cheapos" and replace them more frequently. I was a little skeptical until my mother-in-law told me her HVAC repair man told her the same thing. I emailed our HVAC expert and he said we should definitely not be using the pleated filters but instead he uses poly filters, which can be found at HVAC supply stores. He said to certainly never leave a pleated filter in for more than 30 days.

Wish I'd known this 4 years ago when I started buying those $12 air filters that filter out all the gook nobody wants in their house! Two days ago I put in the inexpensive filters (used to be blue but are now green and made with recycled materials). You can get a 4-pack for less than $3.

But I do plan to look into getting the poly filters down the road. Just need to make a trip to our local HVAC supply store!

Posted by Unknown at 5:21 PM No comments:

To keep your sour cream from becoming watery and funky on top, always smooth and flatten out the top with the back of a spoon or spatula before putting the lid on. It will look and taste much more appealing when you open the container for next time.
Posted by Unknown at 3:31 PM No comments: